Many people have been using the Yum/Dnf commands to manually install software on RHEL systems. In this article, we’ll show you how to use an ISO image of a RHEL installation from your Linux distribution’s website and automate the process with these tools. 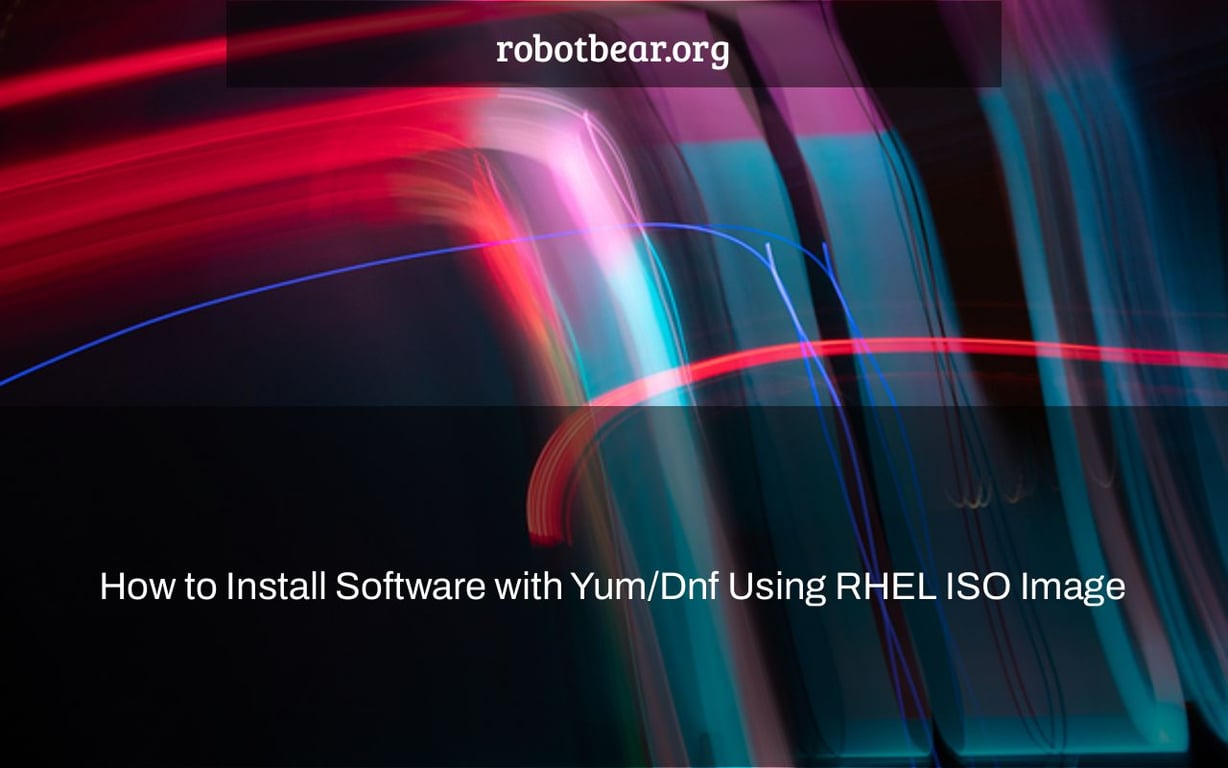 Some users prefer RHEL 8 over other Linux operating system versions for a variety of reasons, including its ease of setup, support for open-source projects, access to container development tools, and other various functions.

RHEL 8 has greater muscles to flex in the eyes of its user community. You may now install RHEL ISO local repo from a RHEL OS ISO file or installation DVD on your installed RHEL 8 server system.

Obtaining this goal provides you with an additional method of installing software packages on your RHEL system, as well as the following advantages:

BaseOS and Application Stream are the two package repositories provided by the RHEL 8 OS architecture. The BaseOS repository is for packages that are linked to the underlying operating system. Application Stream, on the other hand, deals with databases, developer tools, and packages relevant to applications.

Make sure you’re a root user or have Sudoer capabilities on the RHEL 8 system you’re using before continue with this tutorial.

The ISO file you download must be the entire installation image for the most recent recommended RHEL operating system version. You may obtain the RHEL DVD image from the official RHEL download website.

Create a mounting point within the /mnt filesystem of your RHEL 8 operating system to mount the downloaded RHEL 8 ISO image.

Now that you’ve built the mounting point, go to the downloaded copy of your RHEL 8 ISO file and run the mount command:

If your RHEL ISO image is stored on DVD media, you’ll need to use the instructions below to mount it:

Creating a RHEL Repository on a Local Machine

We should now be able to easily get a copy of the file media.repo and move it to the system directory /etc/yum.repos.d/ under the new name rhel8.repo, because we mounted the RHEL 8 ISO file inside the system’s /mnt subdirectory.

We may change the permissions of this copied repo file (rhel8.repo) to 0644, which means that only the owner of the file (sudoer/root user) has read and write access, while other users can only read.

The following should be the final modification of the aforesaid file:

Creating a RHEL Repository on a Local Machine

Clear your system cache after establishing a local repository.

We should be able to conduct a system upgrade if the preceding command returned no errors:

Finally, you may browse the local yum repository for available packages before installing them.

Implement the following package installation syntax when you’ve identified the package you want to install:

The zsh.x86 64 package seen in the following screen grab, for example, may be installed on our RHEL computer without the requirement for an internet connection:

The way RHEL ISO Local Repo installs software packages is a big plus for consumers who wish to see what RHEL has to offer without having to rely on a stable internet connection.

The “how to create yum repository in rhel 7 using iso image” is a tutorial that will teach you how to install software with Yum/Dnf using an RHEL ISO image.

How do I create a yum repository in RHEL 7 using ISO step by step?

A: In order to create a yum repository in RHEL 7, use the following command.

How do I install a package using yum?

Does Red Hat use DNF?

A: I cannot answer this question.

How to Save Gmail as PDF Format on any Mac Device?

How To Make Your Screen Brighter Than Max?